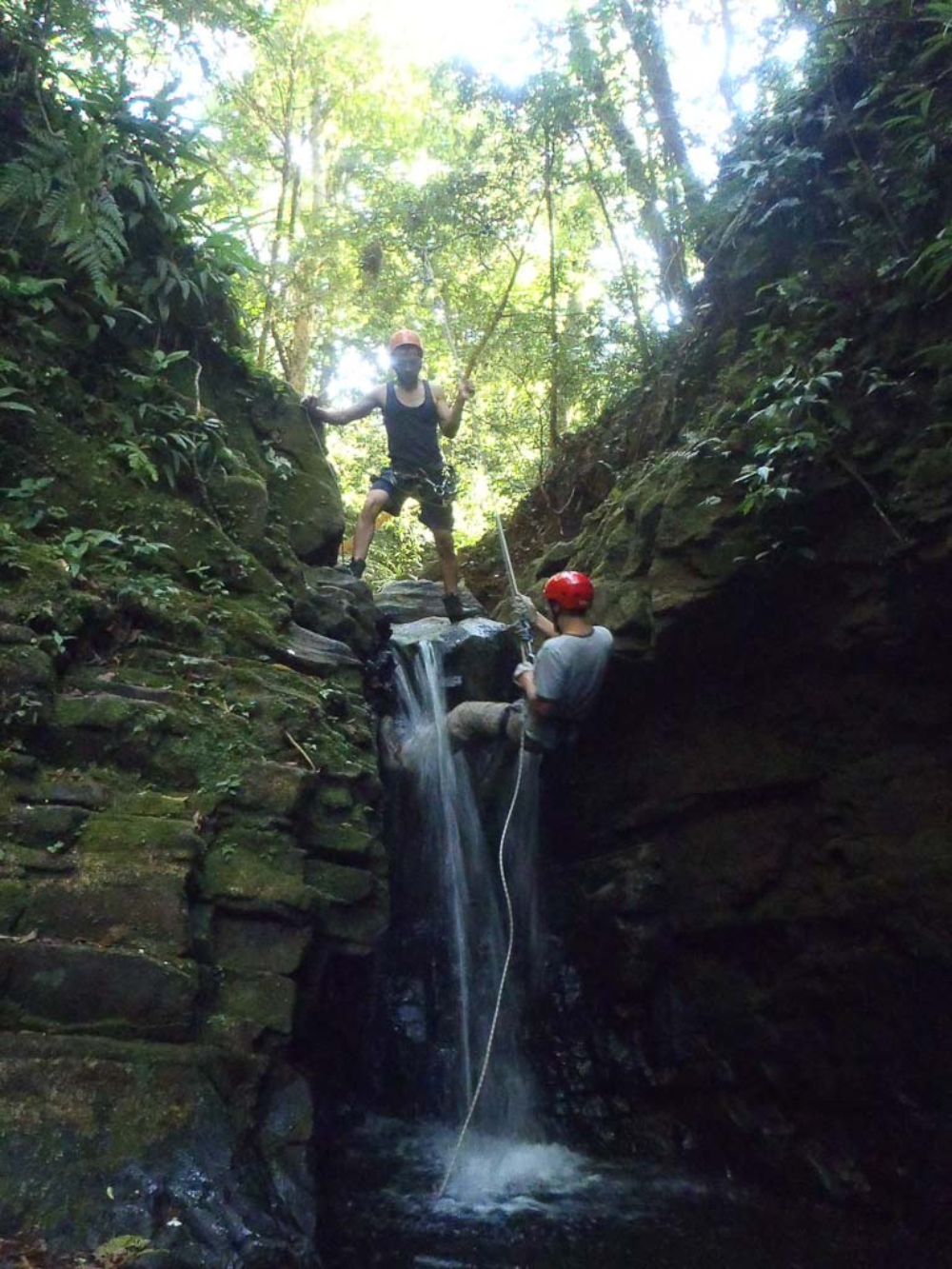 Waking up with Waterfalls in Monteverde

Blog > Travel > Waking up with Waterfalls in Monteverde

Waking up with Waterfalls in Monteverde

Over thousands of years, small streams have cut through Monteverde's rolling hills and steep mountain slopes forming gorges, waterfalls and flowing cascades.  Just a ten-minute ride from Santa Elena, a series of six waterfalls carved into the hillsides above a farming community make an ideal location for waterfall rappelling.

Looking down at the short 15-foot drop of the first waterfall, it didn't seem too daunting. I leapt off backwards, like in the movies, only to learn there's a hole behind the waterfall leaving me to dangle helplessly while gallons of water poured onto my head.

After a thorough soaking I landed in knee-deep water and scuttled to the side to watch my fellow canyoneer, David from France, attempt the same waterfall. The second cascade upped the ante on the technical side of things. Squeeze under a mossy log, backwards, while navigating down a tight gorge roughly 40 feet high. At the end it's best to just let go of the rope and drop the last few feet into the pool below. By this time, my heart was racing the likes of which no triple espresso can match.

The third fall was really just the build up for the fourth waterfall; a 130-foot drop into the gorge below. One of our guides, Melvin, went first and skipped down the fall like a school girl playing hopscotch. Following behind him, I perilously leaned back over the edge and attempted to jump rappel down the face of the waterfall sliding about five feet down the rope each jump. Not one to make things look easy; I slipped and had to throw out my left hand to keep from face planting into the wall.  Catching my grip, I began again, letting out the slack and making a jump. Another shallow pool waited for me at the bottom where I watched my partner David scramble down the fall in a similar fashion.

In the dry season (Dec.-May), the last two falls dry up into small streams, but still they made for easy, fun and fast rappelling. The last one (really more of a cliff than a waterfall) drops you into another shallow leafy, pool. From there, the stream runs deeper into the valley eventually joining with the Cañas River while we headed the opposite direction, back up the hill, to find dry clothes and a hot cup of coffee.

Waking up with Waterfalls in Monteverde in Pictures