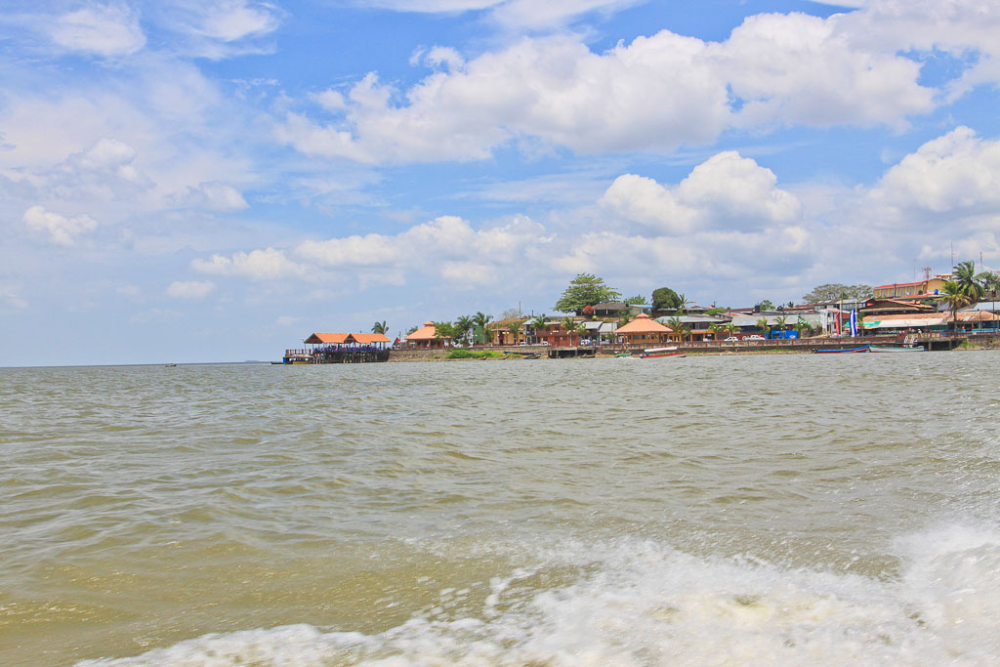 Riding in a Costa-Rican long-tail boat up the Frio River watching howler monkeys and enjoying the cool breeze didn't feel like the average Nicaragua border run.

I mean, crossing borders by land is supposed to be a pain. Usually, there's a long line, a ton of paperwork, scams and the occasional bribes. Then there's the bus trip, the walk between borders or alternatively, overpaying for a taxi ride just to get to the next immigration office to fill out more paperwork and wait in another line.

So imagine my surprise when crossing into Nicaragua by boat, I avoided the long lines and the bureaucratic hassles that so often accompany a trip across the border – and made it back into Costa Rica on the same day.

In Los Chiles, a town close to Nicaragua's border, the quaint government office had concrete floors with two-tone white and blue walls where the lower halves are painted a darker color so they don't look dirty. Together with a guide and a family of four from Maine we walked into the building, stood in a short line and got out exit stamps in less than ten minutes.

From there, we took a short stroll down the dirt road to the river. For little more than a dollar per person, we paid the Costa Rica exit tax and jumped in a ferry to take us up the Frio River into Nicaragua.

Cruising upriver through the jungle, there was little boat traffic.  We saw caimans sunbathing on logs, alongside herons and other waterfowl searching for food. The trees occasionally shook and growled with the sounds of howler monkeys moving between branches and calling out.

The border is nothing more than a sign and a concrete stake, but still the first mate jumps on the front deck to wave a flag and signal the entry. A few hundred yards down the road, we encountered a small military outpost with Nicaraguan soldiers standing on the banks. Idling over to the side of the river, the captain shook hands with the soldiers, gave them some paperwork and promised them a 2-liter bottle of Coca-Cola on the return trip.

Eventually the Frio River opens feeding into Lake Nicaragua, the largest lake in Central America. As we crossed into the open waters, the small port town of San Carlos appeared in the distance.

Immigration and San Carlos in Nicaragua

We docked at customs and greeted our Nicaraguan guide. Inside, we were the only people in line. After another short wait and paying a $14 fee, we stepped outside into San Carlos. Brilliantly-colored blue, green, red, and yellow houses lined the main streets.

In the central square, there's a park with a brand new playground and a local church.  On the hill behind the park, an Old Fort that defended the lake and the town from pirates stealing cargo shipped from Costa Rica to the Caribbean.

Once a small fishing village, San Carlos is now largely a portside town of Nicaraguan government workers, teachers and store owners. Many nearby communities rely on the town for its hospital and market where locals come to resupply.

Heading Back to Costa Rica

San Carlos is a great location for starting a trip into Nicaragua. From the small portside town San Carlos, there's ferry to Granada on Tuesdays and Fridays – a 16-hour trip for about $10 – as well as boats to the nearby 36 islands.

But it's also good for a quick, visa run into Nicaragua. All said and done, I crossed into Nicaragua and made it back to my hotel in La Fortuna by 7 p.m.