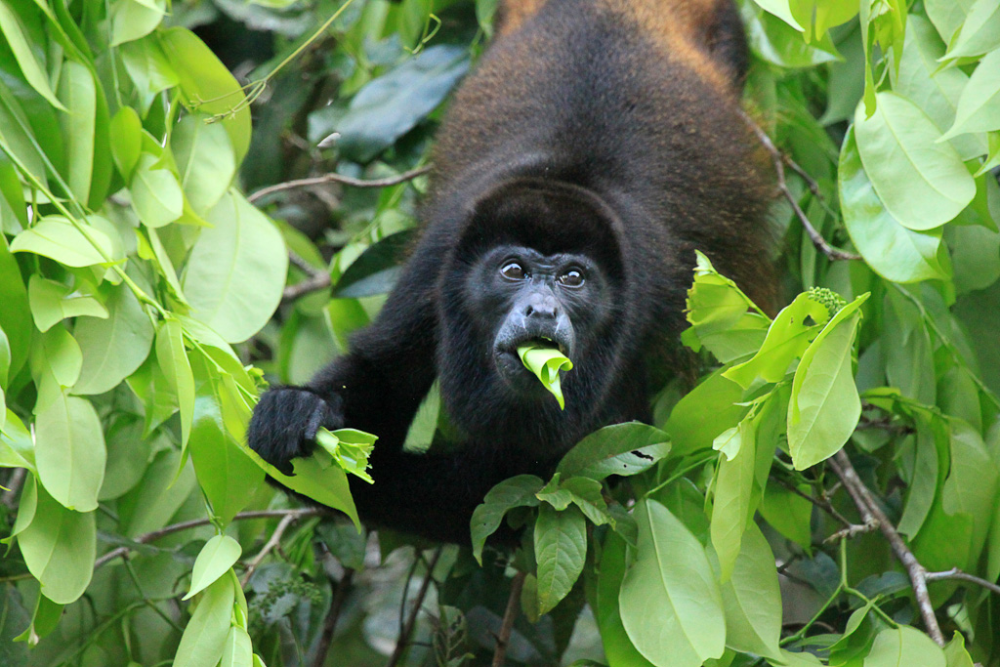 The howler monkey's wild grunts signal the dawn as the sun breaks through the rainforest foliage spilling into the canals. Golden-eyed caiman peer out from the water's surface and skulk into the shadows to sleep away the day underneath the tree roots near the river's edge. A stalking green heron scratches at the lily pads looking for a bug to use as bait while fishing for a breakfast of minnows.

It's just the beginning of another day inside the sprawl of rainforest, swamps, canals, and ocean that form Tortuguero National Park – one of Costa Rica's most popular travel attractions.

Small open-faced, single prop motorboats, canoes and kayaks make their way through the channels and canals toting visitors from all over the world. With cameras in hand, visitors capture single-frame trophies to add to their collection: a spider monkey swinging through the trees, a capuchin biting into a piece of fruit, an anhinga with spread wings drying in the wind and a green iguana basking in the sunlight on a log.

The tracks of something greater lie imprinted on the river banks and the sandy beaches.  Tracks like the deep, muddy footprints left from Costa Rica's largest mammal, the tapirs, crossing the river in the night, or, the empty shell of green sea turtle attacked by one of the roughly 20 jaguars that live in and around Tortuguero National Park.

Among other endangered and difficult-to-spot species dwelling in Tortuguero, visitors may see great green macaws, the river otter lazily floating down stream, and the manatee whose population has dwindled to a mere 50 animals.
So if you're planning a trip to Tortuguero, don't forget to bring your camera.