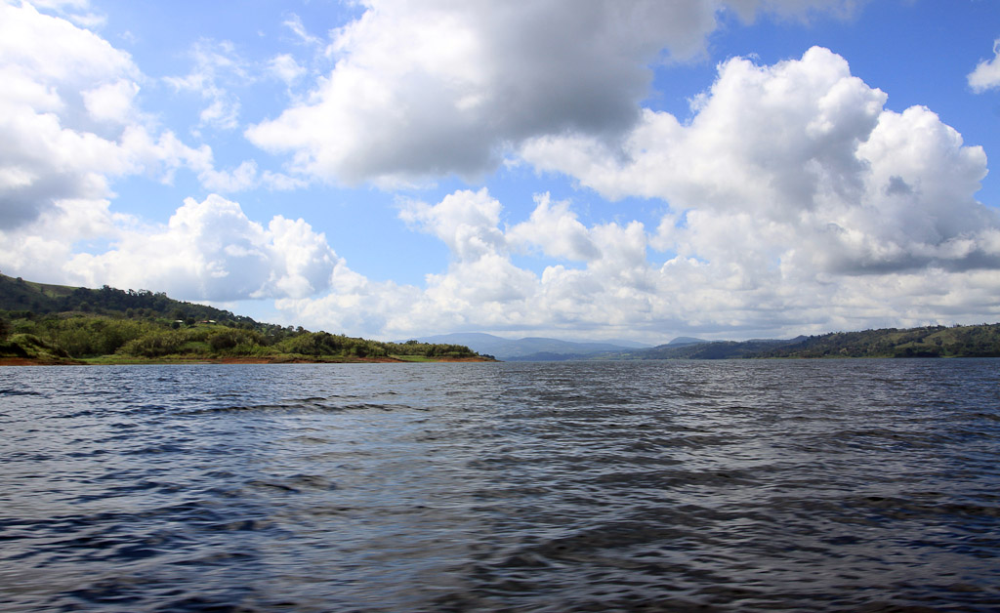 The Villalobos family has lived the last 80 years on a ranch between Lake Arenal and Montverde.  Their 250 acres seep into centuries old primary rainforest and percolate across straw-colored hills. For decades, the Selva Leona ranch saw no one except the family.

In the intervening time, the world around the ranch transformed. Travelers the world over came to experience the primordial creativity Arenal's volcano and rainforest. Hotels were erected, zip lines were strung, and 'eco-tourism' became the economic buzz word.

Things changed at the ranch when Fermin Villalobos met Godfried Ponteur, a nearby hotel owner. Godfried wanted to show his hotel guests the untouched beauty of Costa Rica, but wanted to find the perfect locale. Fermin was happy to oblige him and together they formed an alliance. Godfried booked tours while Fermin escorted guests through the family's pastures and rainforest to the waterfalls.

Getting to the Farm

I departed from La Mansion Inn Arenal on a boat ride across the unruffled waters of Lake Arenal glittering in the sunrise. I met my tour guides, Fermin and his son Nixon, on the opposing lakeshore. Together we drove through the town of Viejo Arenal – the surviving half of a town submerged during the creation of the lake. The dirt roads bequeathed scenes of Arenal's past where fences divided the land into pastures and cows mindlessly chewed cud.

At Selva Leona Ranch, the family had already saddled the horses. Teenagers in rubber boots ran around with pails of feed. Nearby, a man sat at a stool milking a cow.

We left on horseback riding upward along a dirt road deep into the family's land. Behind us, two dogs yipped and scuffled, eager to follow us. From his horse, Nixon called back to the dogs to stay at the farm; and after a time they seemed to obey.

We plotted through a river valley surrounded on both sides by smooth hills and pastures. Occasionally, we passed the fingers of old leafless trees slumped under the weight overgrown bromeliads; alive with the sounds of golden-tailed Oropendulas making their long, hanging nests.

After crossing through two small streams and a gate we began ascending the hills. We followed the switchbacks of a narrow trail forged years before by the pounding of horse hooves. The morning mist clung to the air. Low clouds cast a pale light over Lake Arenal. In the valley below, two dogs romped across a stream; tracking us.

We rode out along a ridge that divided the land between the amber pastures and the dense uniformity of the rainforest canopies.  Low clouds curled in the air above the rainforest. Nixon told me that his family's forest bordered with the Monteverde cloud forest but our conversation drifted with the scenery; my broken Spanish not adequate to explain my intrigue as we rode into the timberlands.