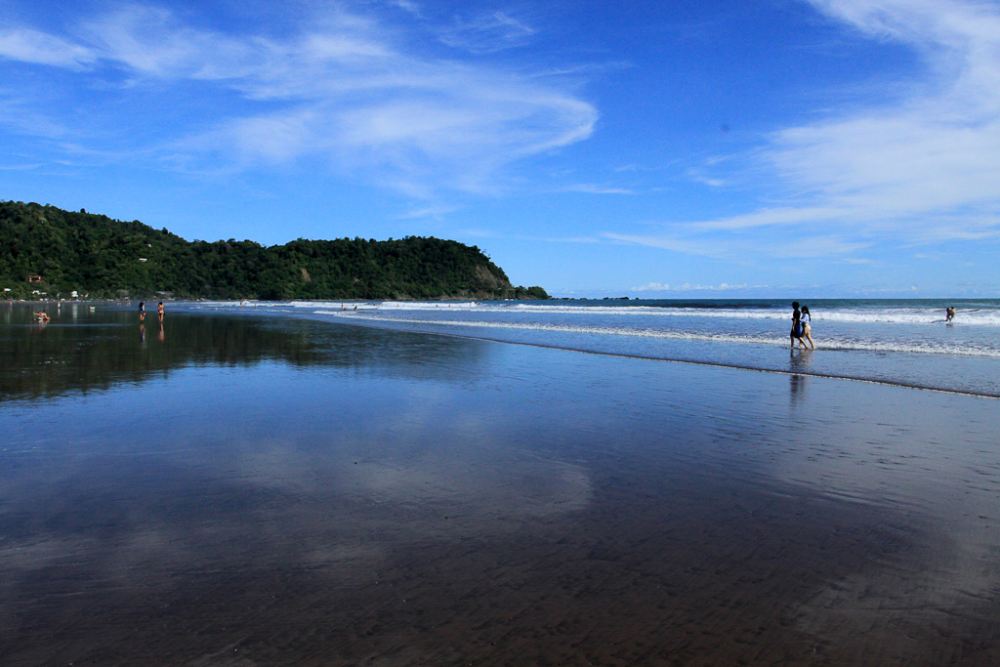 Reflections on how Jaco has changed

Blog > Travel > Reflections on how Jaco has changed

Reflections on how Jaco has changed

Jaco's not what it used to be.  Not when a 25-year-old single male walks Jaco's main street after dark, takes an empty seat at a bar and is left to brood over the effervescence of his beer without a single prostitute to comfort him.

I'm not saying that I'm Mr. Universe, but I have no visible deformities (I hide my freakishly long toes in my black, canvas shoes), my belly doesn't sag over my belt and my hair line isn't that receded. I mean not even one advance?

This was not what I was led to believe. Beneath the shining veneer of guidebook articles, Jaco has garnered a reputation as the biggest den of vice this side of the Pacific complete with prostitution, drug dealers, theft and petty crime.

But where? Walking the streets alone at night I was almost bored, almost. All the hype had led me to believe I'd be beating off hookers and drug dealers (wait that came out wrong), but what I found was really quite the opposite: a classic Pacific beach town with an international flavor and all the restaurants, bars and nightclubs to match.

I wandered the beaches, scoured the main streets and searched the bars, nightclubs and restaurants, and all I found were the regular smorgasbord of international travelers, couples and families eating, laughing, having drinks and trading stories.

I'm not saying it's not there, but you have to go looking for it in a particular set of certain bars or casinos (no, I'm not telling you which ones… pervert). Prostitution is legal in Costa Rica so long as a woman is working for herself (i.e. doesn't have a pimp). While you can argue the ethics of that, it does allow for a certain amount of regulation while keeping it out of the hands of criminal organizations.

Though prostitution is still in Jaco, as I saw based on some educated guesses about the young ladies walking around with fat, balding men at night; It's not the problem it used to be. As the worldwide economic crash of 2008 spread its fingers out across the world, Jaco was riding the wave American's tourism dollars; which in turn stuffed the coffers of some Jaco's seedier activities i.e. gambling, prostitution and drugs.

But the well of tourism dollars dried up around 2010 and with it, many of the illicit activities.  The tightening of tourism dollars caused many to re-evaluate their business practices. As the whole of Jaco synched its belt, the riff-raff skipped town (or were forced to get a real job). Teenagers who had previously squeaked out a living selling drugs to drunken tourists could no longer live on their meager incomes and pimps could no longer afford the accustomed luxuries (I… assume).

What it all means to you

The times have changed and so has Jaco. A growing church community, like Pura Vida church and Horizon church, work with Jaco's kids in a youth programs providing hobbies, activities and economic opportunities for the idle and/or disenfranchised. In the daytime, kids play on the beach as they always have, locals escape from San Jose to stretch out on the beach to enjoy a weekend in the sun, in a safe, relaxed environment.

Editor's note: Our journalist solemnly vows that he has never slept with a prostitute (nor does he want to).

Reflections on how Jaco has changed in Pictures