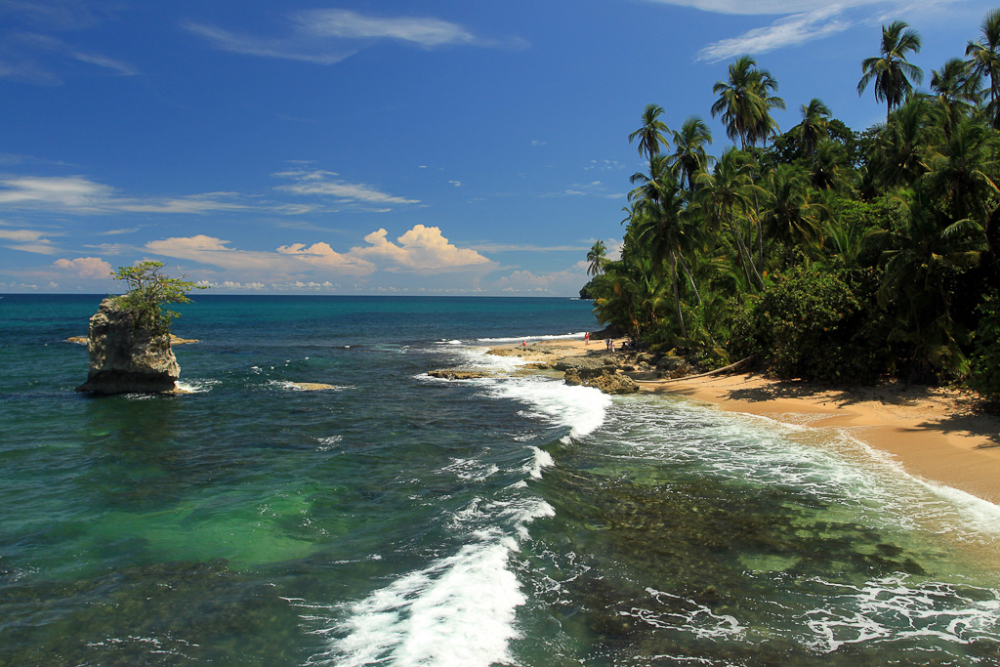 It's not the gold-leaf or the volcanic-coal of Puerto Viejo's beaches that separate it from the rest of the country, it's the ivory sands of its many playa blancas that attract visitors from the world over to sunbathe, surf and snorkel along the Caribbean coastline. What forms these white beaches? Centuries of seashells, coral fragments and quartz pummeled into white silky sands circumventing Costa Rica's fertile forests and beachside villages like those found in Puerto Viejo.

There's a feeling that wells up inside as you trace your toes through the sand. It's that feeling like you've just found out a secret. Far from the grand hotels and luxury skylines of Tamarindo and Jaco, Puerto Viejo and its sandy beaches retain a tranquility and authenticity only found in the Caribbean.

Like an island, Puerto Viejo is a culture unto itself. Steeped in Afro-Caribbean influences, the local culture produces some of Costa Rica's most unique food infusing coconut milk in everything from rice and beans, to herb-rubbed chicken plated alongside crispy patacones (fried green plantains).

In many ways, the Caribbean coastline is Costa Rica's best kept secret. During the months of September and October, while the rest of the country is getting a heavy dose of tropical rain the Caribbean has long, dry, sunny days perfect for enjoying the beaches or snorkeling off the coast.

Puerto Viejo also has one of Costa Rica's few living reefs. With more than 35 species of coral and 125 different species of tropical fish, Puerto Viejo is a popular destination with snorkelers and divers. Surfers also make use of the reef at Salsa Brava – one of the country's most extreme waves. It's the coral combined with massive swells that create the broad barreling waves that attract professional surfers from all over the world.

Even the birds head to the Caribbean when they fly south for the winter. From September through January, broad-winged hawks, turkey vultures and 15 other species of raptors flock to Costa Rica in the largest migration of predatory birds in all of North America. With all of the beauty and peace the Caribbean has to offer, is it any wonder that even the birds vacation in Puerto Viejo?