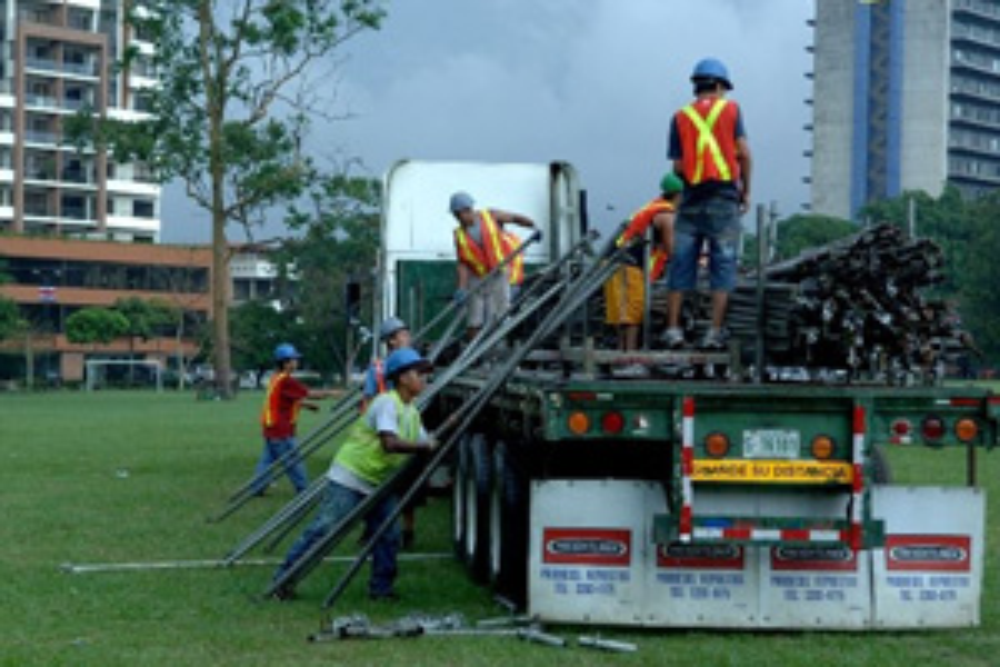 Chinchilla, age 51, of the National Liberation Party, won the February 7 elections with 47 percent of the vote. She obtained her bachelor's degree from the University of Costa Rica and traveled abroad to Georgetown University (Washington, D.C.) for her master's degree in public policy. She began her public service career as an NGO consultant for Latin America before serving under the Figueres administration as vice minister of public policy (1994-1996) and minister of public security (1996-1998). Most recently, Chinchilla served as one of president Oscar Arias' two vice presidents; per Costa Rican law, she stepped down from her position during her bid for president.

Chinchilla is expected to facilitate the previous administration's economic and social policies, with an emphasis on public security improvement and economic liberalization as well as greater international integration following recent free trade agreements with Singapore and China.

La Sabana Park was chosen for this year's inauguration due to its strategic location and large size. Additionally, the president-elect stated that it is important to conduct the ceremony somewhere "we can all feel at home.' La Sabana fits the bill: Chinchilla stated that the park "represents the most authentic values of our people. Through culture, sport and nature, we will tell the world how proud we are to live in a democracy of peace and freedom.'

The event is predicted to host more than 50,000 guests, among them Latin American and European dignitaries including Prince Felipe of Spain. To accommodate such a large crowd, preparations have been underway for months. Eight stages and a main platform decorate the park, embellished by cultural art and Costa Rican symbols. Entertainers have been arranged for tomorrow's events, including famous faces Ruben Blades, Perrozompopo, and Alux Nahual. Local artists include Editus, Gandhi, Son de Tikizia, and Malpais. Two members of Malpais -- Manuel Obregon and Ivan Rodriguez -- were appointed to the new government as the minister and vice minister of Culture, respectively.

On May 8, events begin at 10:00 a.m. with the Constitutional swearing in of the president and vice presidents. The 2010-2014 Cabinet will be sworn in at 1:00 p.m., and other political ceremonies will take place throughout the day. At 7:00 p.m., Costa Ricans descend on La Sabana for a grand celebration, which will kick off with the free Concert for Democracy. All events will take place rain or shine.