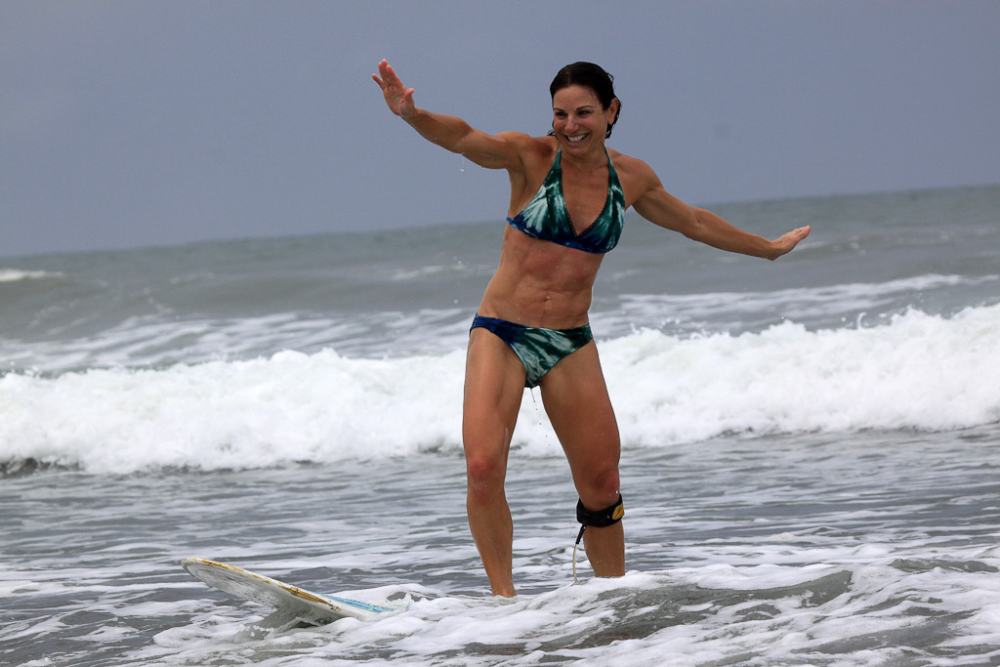 My second surfing lesson with Brett took me to the burnt almond sands of Playa Bejuco, a secluded beach just south of Playa Esterillos Este. Brett picked me up in his vintage 1968 landrover, surfboard attached to the roof, and we drover down the loose gravel road right up to the beachfront.

After a quick review of last week's lesson, we headed out into the whitewater; that comfortable zone where the water's about at your waist and you don't really have to worry about a wave breaking over your head – at least it is at Playa Bejuco. Moving beyond the whitewater though, is a whole other skill set as I learned in the second lesson.

Paddling is the most physically demanding part of surfing (and also probably explains why every surfer I see is tan and ripped).  You're fighting the waves to keep moving forward then sprint paddling between waves to cover as much ground as possible before the next wave tries to throw you back to the beach. Each wave coming at you gets bigger as you move farther into the surf.

As the waves come at you and start to curl you've got to decide: Dive under or go over the top?

Luckily, I had Brett to demonstrate a few different ways for dealing with the waves, diving beneath them while holding onto the board, cutting through the whitewater while on the board or flipping the board over my head as I dove under.

Really though, the most important thing he taught is confidence. Losing your cool and panicking are the two worst things you can do while paddling out. I swallowed the urge to panic – as well as a few mouthfuls of seawater – on more than one occasion as the waves barreled down on me.

Different teachers have different philosophies when it comes to the number of lessons needed. Brett leans toward the freewheeling side emphasizing only one to two lessons to learn safety and basics while other schools of thought suggest week-long surf camps.

The truth is that everyone learns differently. It may take some two lessons and others two weeks of lessons. The important thing is that you feel comfortable fighting the waves on the way out and riding them on the way in.