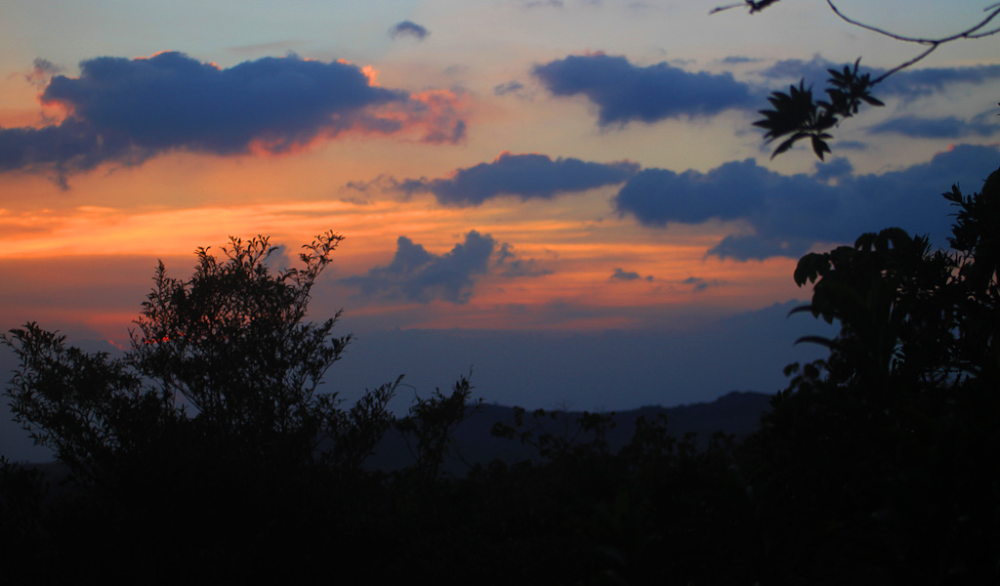 Exploring the Night in Monteverde

Exploring the Night in Monteverde

As the sun set over the Nicoya Gulf, a white-nosed coati inspected a small puddle probing the water with its tongue. The coati, a cousin of the raccoon with a long nose and bushy tail, wandered past with the curiosity of a puppy searching for scraps. Inside the nearby reception building, I met my guide, Allen, and a group of three from Holland before heading into the forest for the Bajo del Tigre night hike.

Bajo del Tigre is a sliver of seasonal 70-acre forest in the lower altitudes below the Monteverde Cloud Forest Reserve. It's part of the Children's Eternal Rainforest Reserve, though not directly connected to the larger reserve. With nearly three miles of trails, Bajo del Tigre is a wildlife corridor that provides a safe route for animals to travel between reserves.

In the dry season, (Jan. – May), the premontane wet forest floors dry up into loosely, packed dirt and dead leaves at Bajo del Tigre. Though the reserve is  only a short distance from the wet, mossy-green cloud forest, its lower altitude, 3,350 to 4,500 feet, changes the habitat into a forest that transitions from cloud forest to lowlands tropical rainforest. However, it's still high enough to bring the extra precipitation from the clouds during wet season (June – Dec.).

Daddy longlegs scuttled across the dusty trail as we entered the forest. The familiar arachnids are not real spiders, but nonetheless carry some of the potent poison of any insect. Luckily for us, they aren't big enough to break skin making them harmless to people.

As the Daddy longlegs crept under the cover of fallen leaves, a scorpion skulked underneath a rock. Our guide overturned the rock to show us the brown and black bug curled to hide from our flashlights.

We didn't have to walk far into the forest before we encountered our first big critter. Its eight hairy legs tentatively poked out between the tree roots while Allen used a small twig to mimic a bug.  Slowly an orange-kneed tarantula crawled out to meet us. At night, the tarantulas come out from their homes in roots and holes to feed on the smorgasbord of rainforest insects.

While looking among the trees we encountered a few birds including a woodthrush, a silicon thrush and a blue-crowned motmot getting ready to fall asleep on the branches. These birds usually nest in the same places, perching on branches and often tuck their heads under their wings to sleep. The motmot was our best find of the night, its brilliant blue colors and piercing-red eyes reflected in our lights and camera lenses. As we walked back toward the reception, we were set with one final task: find a frog. We searched through heliconias and bromeliads, and just as we were giving up, came across a common rain frog huddling on top of a leaf. After snapping a few pictures, our last find of the night hopped out from the limelight and back toward the safety of the forest.

Walking through the forest at night, you're never quite sure what to expect or what you may encounter along the journey; sloths lumbering through the canopy, snakes hanging from branches, bats swooping in to suckle at humming bird feeders or colorful birds dozing in their own ruffled feathers. Every night is different and the forest is full of mysteries, illuminated by a flashlight and a capable guide.

Exploring the Night in Monteverde in Pictures