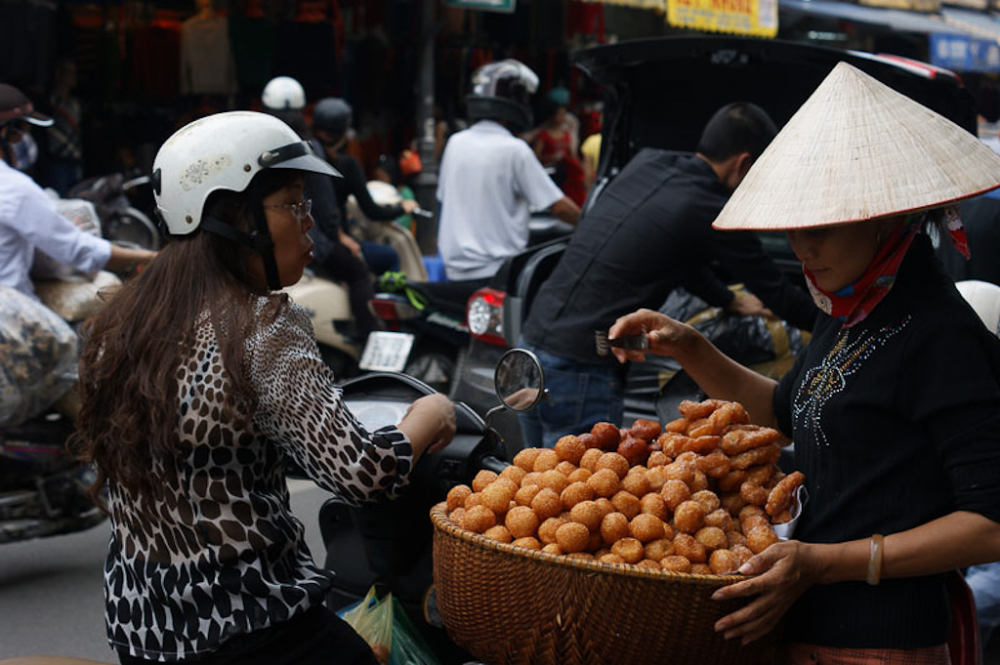 Eating cheap while traveling is a way of life

Blog > Travel > Eating cheap while traveling is a way of life

Eating cheap while traveling is a way of life

Eating cheap while travelling is an ethos. It's a way of life. And it's not about frugality. That's just a perk.

Food is a reason to travel in and of itself. Eating your way through the culture, you'll learn about history, traditions, customs, social hierarchy and politics, but you're not going to find these eats at a tourist trap, nor inside the safety of your hotel's restaurant. You've got to get out on the streets, search out street vendors, scour the alleys for small, family-owned restaurants and above all follow the locals.

People often ask me if I've ever gotten sick from eating cheap and the truth is that after three years of living out of a backpack, I've had food poisoning twice. Once, due to a lapse in common sense when I grabbed the last cold, sad piece of blackened chicken from a Bangkok street vendor. The other time was the night before visiting Angor Wat when I ate some poorly cooked beef at a hotel restaurant, which taught me the first lesson of eating cheap: love.

It's all about the love. Love is like salt (or vanilla); It's that magical ingredient that brings the best out of every flavor. It's packed into the local favorites (love, not salt) made at the hands of aunts, grandmas and cousins of every local restaurant all over the world. When people care about the food they cook, it tastes 100 times better. If the food is made with love, you're not going to get sick.

Food poisoning is the result of an apathetic cook who doesn't care about the ingredients, doesn't care to be making the food and could care less that you get sick from it. Apathy is a common side-effect of working at a job that you hate for someone you don't like; something that's a lot less likely to happen when you're working with family making the traditional dishes you've grown up with.

In United States cheap food means fast food. It's processed garbage with little to no nutritional value that resembles food with special-made perfumes and coloring, but lacks actual sustenance. Cheap American food preys on the most vulnerable of our tastes, our desires for sugar, salt and fat. And you can see the impact it's had on U.S. culture.

On the other hand, cheap food in developing countries means the ingredients came from the local market. You won't be eating any filet mignon, but the ingredients used will make the dish savory and tender. Take for example, Olla de Carne, a soup made with beef joints and local, starchy vegetables like plantains, squash, potato, corn and cabbage.

It's a Costa Rican staple rooted in its agricultural past with ingredients bought at any weekend farmer's market. The soup, usually enjoyed by locals on the weekend, is simmered all day to break down the tough beef into tender chunks. The fat melts away to make a delicious broth that flavors the root vegetables as they cook. The soup is served with a side of rice and a squeeze of rangpur (a cross between a lime and a mandarin orange). All-in-all it costs $4. That's less than a combo meal at any fast food restaurant, and it’s a hell of a lot more nutritious.

Now, you could argue that any fancy restaurant (aka tourist trap) you visit while travelling will use the same (if not better ingredients) so why not go there? Well you could, but you'll end up paying more for a smaller portion and you'll be missing out on the best part of eating cheap; getting in touch with the culture.

I remember walking through an alley in Vietnam so packed, you couldn't fit two people shoulder to shoulder. It was just beside a large market bustling with the lunch-time rush. Everywhere pots boiled, people haggled over prices and the clink of chopsticks echoed through the steam, smoke and sweat. I sat down at a street vendor who had a small table pressed in front of her stall. I asked for the dish written on the wall and she set down three separate plates: one with grilled sausage and vermicelli noodles, another with fresh herbs and the third, a bowl filled with a golden fish sauce.

She immediately noted my confusion in how to go about eating, and, with a big smile on her face showed me - using only hand gestures and smiles - how Vietnamese people eat. Needless to say, the food was amazing. That's only one of many, many similar experiences I've enjoyed while eating cheap.

The cheapest meal of all is, of course, free. Never miss out an opportunity for the free meal. You won't know what you'll be eating, and even once you see it you may not recognize it, but it won't matter. Often times, the people who offer you the meal, will, most likely, be poor. Not I-can't-afford-to-go-out-this-weekend poor, I mean developing country impoverished. But these people, no matter where you are in the world, are consistently the most generous, kind and amazing people you will meet on your travels. They offer their homes and their food, and will outright refuse anything in return. Oftentimes, the food is wonderful, but it's the experience that last a lifetime.

Eating cheap while traveling is a way of life in Pictures