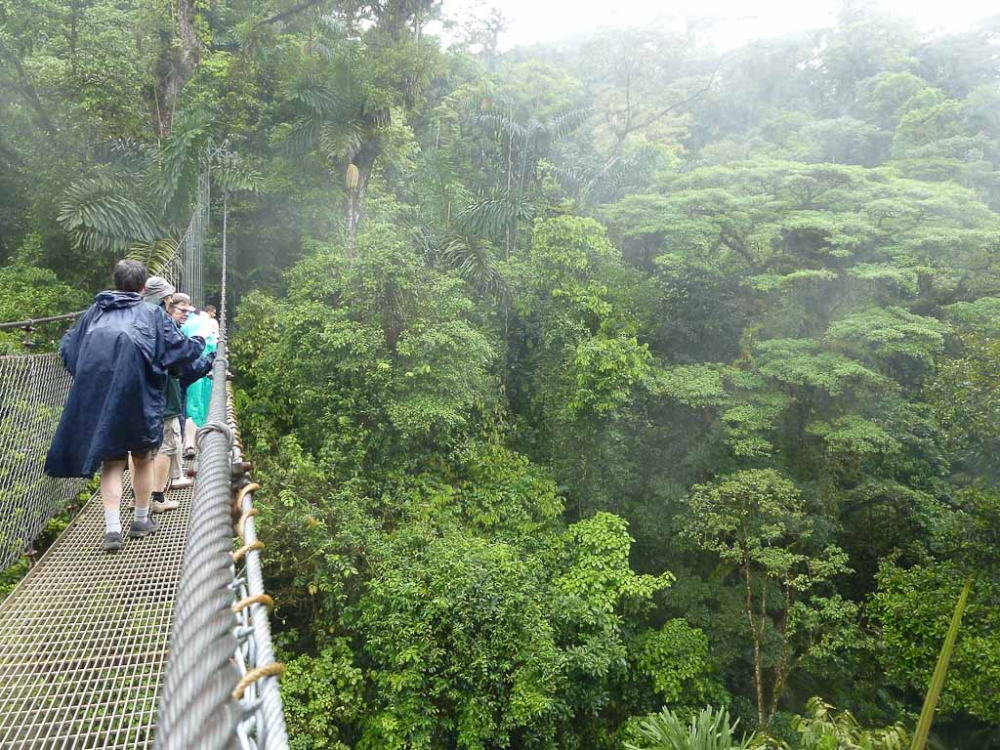 Beads of fire used to drip down the neck of the infamous Arenal Volcano. The glowing red lava could be seen from the main streets of La Fortuna drawing visitors from all over the world to look upon nature's fury. During the daytime, guests explored Arenal's other attractions, but at night they waited for a clear view of the lava.

Then in 2011 Arenal's fury subsided. Though its fumaroles still pumped out gas like giant smoke stacks, the lava stopped flowing and something strange happened. The Lava's afterglow settled on the landscapes below and the beauty of Arenal was seen as if for the first time: Picturesque primary rainforest, rolling hills, tropical canyons, volcanic badlands, waterfalls, rivers and streams.

By 2013, the volcano became a backdrop for the laundry list of activities that make Arenal one of the greatest adventure tourism destinations in Costa Rica. With so many things to see and do in the area, it's almost overwhelming. So here's a short list of must-see landscapes around Arenal.

Hiking on the rainforest floor is only the tip of the iceberg at the Hanging Bridges. Nearly 2 miles of trails carve their way through more than 600 acres of mountainous rainforest home to spider monkeys, howler monkeys, rainbow-billed toucans, eyelash palm pit vipers and countless other species including the rarely-seen margay – a jungle cat known for its big eyes, and elusive, nocturnal behaviors.

The reserve's 16 bridges take guests on a complete tour of the rainforest, from the forest floor though the under canopy, canopy and over the treetops into the emergence layer. Soaring over the canopy, the highest bridge extends 300 feet between two mountains with spectacular views of the surrounding valleys and Lake Arenal.

It's better not to count the 480 steps down to the bottom of the gorge at La Fortuna Waterfall, a steep and (at moments) slightly treacherous journey. Every step is worth it though, once you reach the viewing area at the base of the falls.

Leaping off the cliff 200 feet above, the waterfall plunges into a small circular pool surrounded by canyon walls covered in moss. Roaring and frothing, the whitewater churns into a light blue river; the perfect place for guests to cool off.

Rainforest towers over the stream where guests wade in the clear, shallow waters. There's a log for hanging up dry clothes and a number of small boulders to sit and enjoy the views of the river. Small minnows and machaca fish swim in the water alongside guests.

Park July 29th, 1968 is the date the small town of La Fortuna earned its name 'the fortune'. The night before the earth shook, but no one thought much of it until the next day when the volcano erupted, decimating the small towns of Pueblo Nuevo, San Luis and Tabacon. La Fortuna was the only survivor.

The eruptions continued unabated for the following 40 years spewing gas, ash, smoke and the iconic red lava that made Arenal so popular. As the lava cooled, it formed igneous rocks that now shape the area around the Arenal National Park.

A far cry from the rainforest, the national park takes guests for a hike around the base of the volcano though the landscapes are still recovering from decades of destruction. At the trails entrance, guests walk between hedges of giant grass that grow more than 12 feet high on each side of the pathway. Farther along the trails, short crooked trees grow. Eventually the trail leads into the rainforest. Making up a third of 3,000 acre national park, the rainforest is the only part that survived the 1968 eruption.

After a stroll through the forest, guests reach the rocky terrain leftover from the lava flow. Ascending the dark, lichen-covered rocks reach a viewpoint of the whole park. In one direction, the volcano towers over the park – the view is as close as you can get – and in the other direction Arenal Lake spreads out across the horizon.