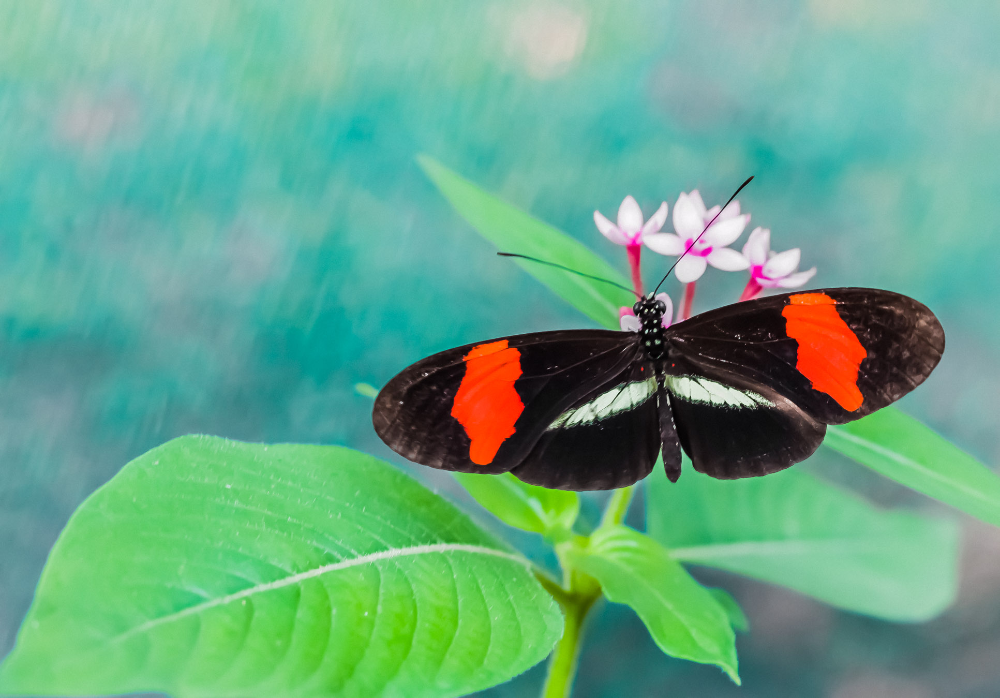 Day 5: A Butterflies and Amphibians Close-Up

Day 5: A Butterflies and Amphibians Close-Up

Mallory was leaving on the 6:30 a.m. public bus for San Jose this morning. After saying our goodbyes, I readied for the day ahead and then made my way to the main dining room for breakfast. Pancakes, fresh fruit and coffee waited, warming and refreshing me.

A few hours after the filling breakfast, Vincent arrived. Just returned from the Galapagos Islands, he was ready and excited to start taking photos of Monteverde's scenic panoramas and great, green mountains. Today, we would visit the renowned Frog Pond, or ranario, a tour I eagerly anticipated.

Costa Rica is home to approximately 135 frog species, and 28 of those species live at the Frog Pond. In addition, the facility houses two of the country's 16 toad species. Colorful and adorable, these tiny creatures decorate the nation's forest floors, tree leaves and flowering plants. Unfortunately, they have suffered serious setbacks in recent years; the golden toad, endemic to Monteverde, was declared extinct in 2008, and several other species have been put on the endangered list.

We were informed that our tour would begin in an hour, and were invited to enjoy the butterfly habitats outside. Walking down a 1/4 mile paved path, Vincent and I passed through sunny woods full of squirrels, birds and other wildlife. When we arrived at the first butterfly tent, I pulled its heavy doors open and we both stepped inside.

Butterflies fluttered all around the netted habitat; most prevalent were the red and black Heliconius clysonymus, the lime green and black Siproeta stelenes and the iridescent blue and black Heliconius doris. Playful as they were colorful, the insects flitted around the room and sometimes stopped to perch on our fingers or shoulders. With little time to spare before our frog tour, it was soon time to move on to the next butterfly net.

Monarchs decorated the space, covering its walls, ceiling and plants with their beautiful orange and black patterns. As they drank deeply from yellow and red flowers, we snapped photos and then entered the last butterfly room. Blue morphos and owl butterflies bedecked every surface, their blue inner wings contrasting sharply with the drab brown of their outer wings. After a few minutes of observation, we returned to the main building for our amphibian tour.

We began our walk with the leopard frog, a greenish, spotted amphibian of medium size. When threatened, this unassuming species can stay underwater for more than 30 minutes, holding its breath to evade capture. When on land, he can jump an amazing ten feet straight into the air. Tonight, he merely stared at us, not even deigning to serenade us with a small "ribbit."

Next came the cane toad, looking very much like the type of ugly specimen that a princess would have to kiss to find her prince. He was mottled with bumps and stared at us with disinterest. Our guide, Yenaro, told us that this species is highly poisonous to its predators -- when threatened, it lets off a milky poison that will either kill its enemy or make it violently ill. Interestingly, the female cane toad is three to four times larger than the male, and can weigh up to five pounds. (Yikes!)

We continued on to the common rain frog -- with 46 different species of rain frog in Costa Rica, they're the easiest amphibian to spot in the country's rain and cloud forests. This frog lays approximately 50 eggs per year, but unlike other frogs, those eggs never form into tadpoles. Instead, all metamorphosis takes place inside the egg and, when hatched, a completely formed adult frog emerges.

Our next stop was at a poison dart frog enclosure, and I was excited to locate one of the colorful creatures. Poison dart frogs, also called poison arrow frogs, are not as poisonous as one might think; they excrete a toxic fluid, but, unless the poison gets into an open wound, it cannot harm humans. However, indigenous hunters often coated their arrows in the poisonous fluids before the hunt, gifting the colorful frogs with their now common names.

The next cage housed several Spurrell's flying frogs, a common name to which 42 national species are ascribed. They spend their entire lives in trees, except to climb down once yearly to reproduce. Though they cannot fly, their small bodies can leap up to 50 feet in one jump, creating the impression of a flying frog.

Approaching the next glass enclosure, I was struck by the tiny creature stuck to the pane. These were Fleischmann's glass frogs, a species with so little pigment that they appear to be transparent. In fact, when pregnant, it is possible to count the eggs inside their clear bellies.

By this point, I was thoroughly enjoying our walk through Costa Rica's frog species. Their tiny fingers and large eyes pulled at my heartstrings, and their incredible physical feats impressed me. Our next frog, the masked smilisca, didn't fail: the second loudest frog in Costa Rica, his call can be heard from one mile away!

Next, we visited the smoky jungle frog, a very "normal" looking frog. Not so. In fact, this "common bullfrog" is the only frog that can eat poison dart frogs without getting sick, and has even been known to eat baby chicks. They scare their own predators away by emitting sounds like a calf, thus appearing to be much larger and more dangerous than they really are.

Weaving along the paths, we arrived next at the milk frog, a more dangerous creature than his name implies. This species lives at the Pacific beachside, and to keep moist, coats himself in a milky substance during hot, dry days. This liquid is a severe irritant to human skin, and will cause burn-like wounds if touched. However, his big smile and romantic behavior won us over: milk frogs are the loudest frog species in Costa Rica -- their song can be heard from over a mile away -- and they will sing for days on end to attract a female.

The final stop on our tour was at the gaudy leaf frog, Costa Rica's most famous species. Red eyes and a blue-striped underbelly complemented his soft-green back, a beautiful combination of colors to both warn enemies and decorate the forest. This species spends its entire life in trees, coming down once yearly to mate. Incredibly, when eggs are in danger, they can form into adults within one week, instead of the normal two months.

With that, our Frog Pond tour was completed. We had learned a lot about the nation's amphibians, and both Vincent and I had enjoyed ourselves in the process. Thanking Yenaro, we walked back to the car and started out toward the Monteverde Cloud Forest Reserve.

We didn't have time to walk through the forest trails today -- dusk was already fast approaching -- so we opted to visit the free hummingbird observation area outside of the park. Walking up the stone stairs, we were greeted by the sound of a hummingbird's fast wings. Looking up, I saw that colorful hummingbirds covered the area's trees and feeders; at least 50 were drinking and fighting over food.

I sat down to observe as Vincent took photos. Purples, blues, reds and greens were all around me, glittering like a jeweled rainbow. The hummingbirds ranged in size from approximately two to ten inches, and the species readily fought with each other over feeder privileges. As the sun set, I relaxed to the sound and sight of the small animals, and soon it was time to leave.

We dined on delicious thin-crust pizza before heading back to the hotel to check out the day's photos. Impressed with all that we had seen, I collapsed into bed and the sounds of soughing wind soon lulled me to sleep.

Day 5: A Butterflies and Amphibians Close-Up in Pictures